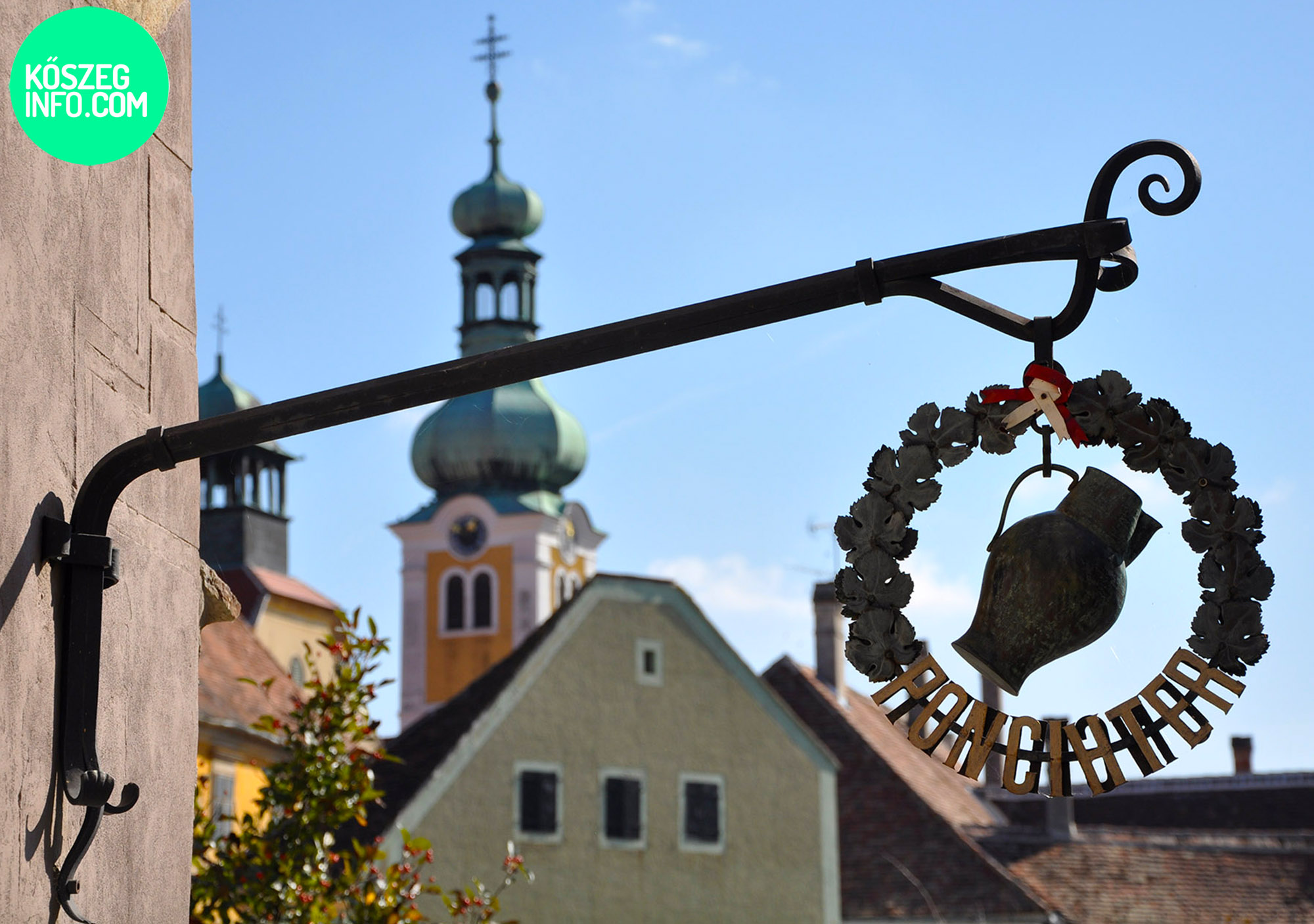 Wine production of Kőszeg boasts with one of the eldest histories among Hungarian wine-growing areas. Several sculptures, relieves, paintings, frescoes, gates and barrels were decorated with grape or wine motive long time ago. Bariska & Bechtold (2001, pp. 4-6) describe that the beginning of wine culture dates back to the 13th century, when local Earls (Iván and Miklós of Kőszeg) agreed on the division of lordships – written on a parchment in Latin. This contract from 1279 is the first record of wines of the region, in which wine hills and cellars represent the most valuable assets of the family’s properties. During the reign of Charles Robert of Anjou, Kőszeg established a blooming viticulture. In the 14th century Kőszeg was one of the three towns in Western Hungary – along with Sopron and Pozsony (now Bratislava, Slovakia) – that received a royal permission of exporting wines to German  markets. In the medieval times wines of Kőszeg were often referred to as King Wines (‘König wines’) after a note from 1451, which mentions Kőszeg as the King’s vineyard (‘Weingarten genannt der Kunig’). Although, there are only assumptions that royals consumed wines of Kőszeg; it is doubtless that kings of the Anjou era possessed wine territories in the Kőszeg region. Centuries passed, but the title is still preserved, nowadays the terrain is known as ‘King’s valley’.  The tradition of presenting the fresh, spring wine  sprouts and grape samples to the city mayor has  started in the 16th century. Since then, new sprouts  are collected on 24th of April, the day of Saint  George – as it was the first day of husbandry. From  1740, these fresh sprouts are drawn in the ‘Book of  vine sprouts’ (also known as ‘Book of the grapevine bud break’), which custom is worldwide  unique. This remarkable book preserved all water-coloured painted pictures of the Saint  George’s sprouts of the grape. Originally, this process had predictive and weather forecasting  functions; nowadays it rather has community-building and identity-enhancing purposes. This extraordinary custom was chosen as part of the ‘Hungarian National Inventory of Intangible Cultural Heritage’ in 2013. The tradition of public recording of new burgeons in front of the town hall is still alive as part of a three days event, called ‘Days of Saint George and the Book  of vine sprouts’. The first issue of the book is exhibited in Kőszeg Town’s Museum.

Kőszeg has always had Austrian and German inhabitants, who put diverse impacts on the wine culture of Kőszeg. According to Bariska & Bechtold (2001, pp. 26-30), numerous expressions are derived from the early 20th century, for example ‘ponzichter’ or ‘Buschenschank’. Ponzichter (from the German word ‘Bohnenzüchter’ – meaning bean grower) originates from Sopron, where bean and grape were cultivated together. After the huge damage caused by phylloxera, Kőszeg wines was substituted for wines from Sopron. Since then, ‘ponzichter’ is a well-known expression in Kőszeg; and one of the wine expert group’s cellars is called this way as well. Buschenschank is the combination of two words ‘Buschen’ (bouquet) and ‘Schankwirkshaft’ (taproom), and refers to selling wines from cellar door. Bouquets made from twigs and flowers were placed outside the cellar in order to raise awareness to the open hours. In case it contained red ribbon red wine was on sale, while white  wines were advertised with white ribbon. If the bouquet had both white and red decorations in  it, both wines were available for customers. In the early 15th century the size of wine-growing  territories was 300 ha, and then by 1552 it added up to 357 ha. This measure slightly changed  in the upcoming centuries (352 ha in 1738, 384 ha in 1877); but later Kőszeg has lost most of  its original terrains due to the destruction of phylloxera and the unfavourable aftermaths of the  Treaty of Trianon (1910 – 182 ha; 1938 – 69 ha). After the Second World War, a huge decline  was perceptible both in wine production and sales; moreover, the wine area has kept its  downward trend in size.  Fortunately, the last decades of the 20th century brought new opportunities. New generations  of wine producer families discovered new technologies, by which the future of wine  production is guaranteed. Sopron-Kőszeg region is the home of tannic red wines due to the  climate and soil characteristics. The best-known grape varieties are Blaufränkisch,  Blauburger, Zweigelt and Merlot. The largest Blaufränkisch plantations of Hungary can be  found in the region, which produces dry and spicy red wines. Zweigelt is an Austrian grape  variety made from the cross-breeding of Blaufränkisch and St. Laurent plants. Blauburger is  also Austrian, and a cross between Blauer Portugieser and Blaufränkisch. The French Merlot  produces full in body wines with intense taste and high alcohol content. 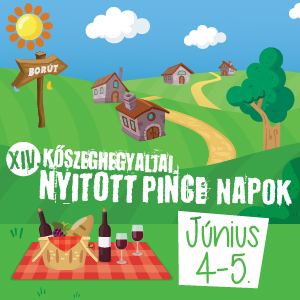